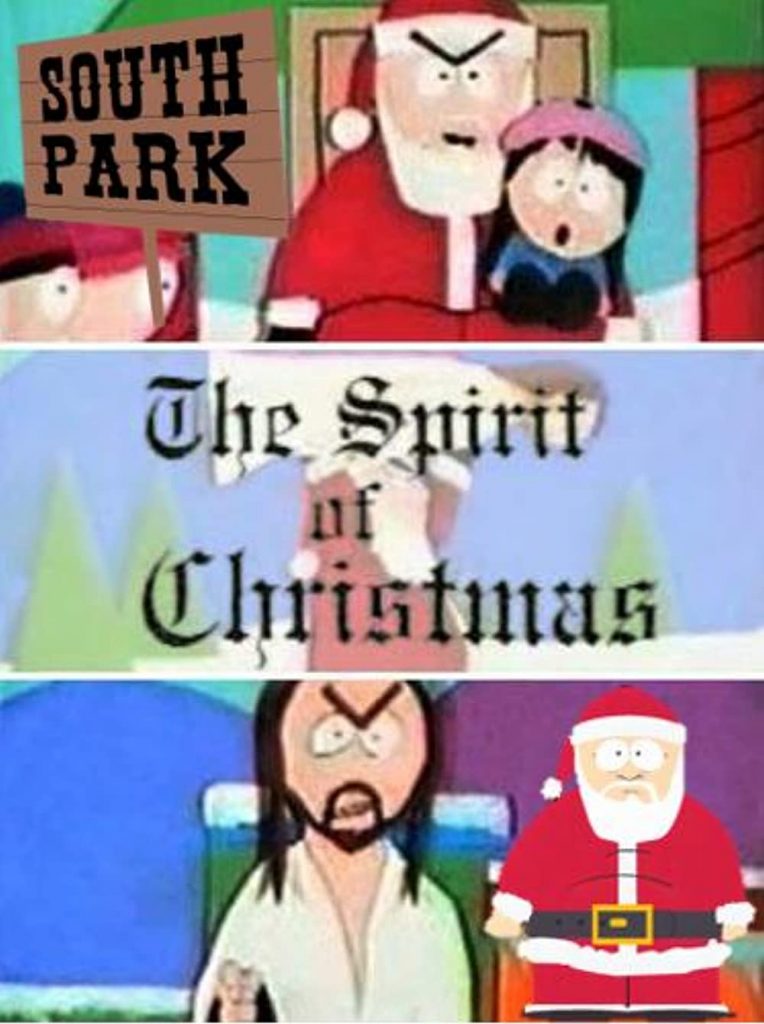 The Spirit of Christmas

Story line - A heart warming tale of four children trying to decide which to cheer for: Jesus, or Santa. It almost makes one wonder what Brian Boitano would do in this situation. In the end, though, they decide that Christmas isn't a time for settling old scores, Christmas is about one thing: presents. —Austin Williams <sporks5000@hotmail.com> 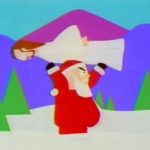 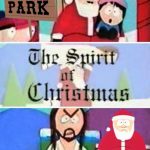