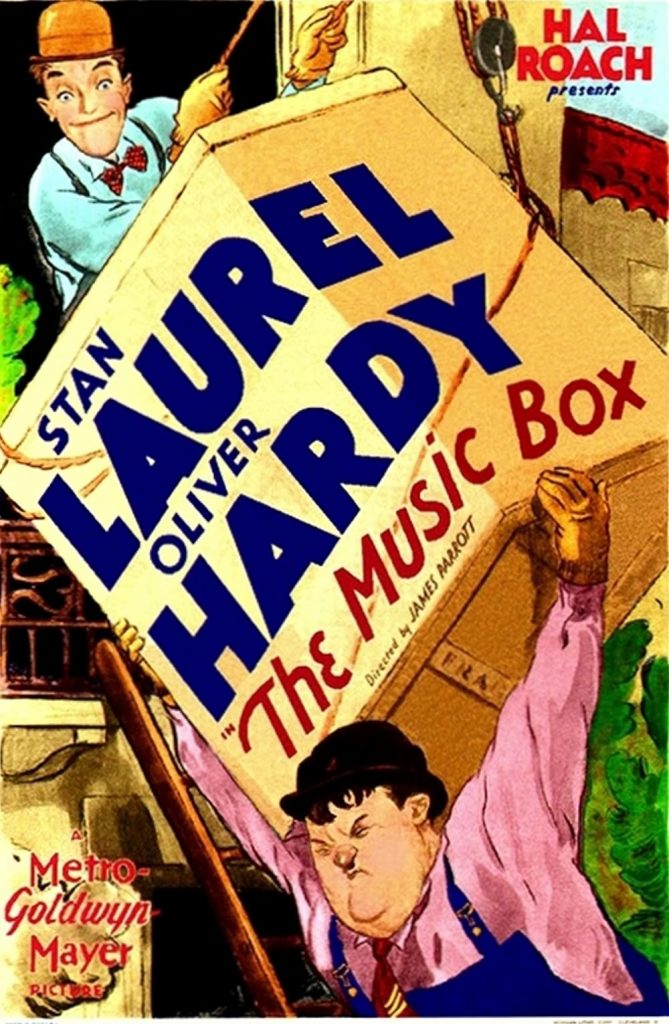 Mr. Laurel and Mr. Hardy decided to reorganize and resupervise their entire financial structure- so they took the $3.80 and went into business.

Like the legendary Sisyphus, deliverymen Laurel and Hardy struggle to push a large crated piano up a seemingly insurmountable flight of stairs.

Story line - The Laurel & Hardy Moving Co. have a challenging job on their hands (and backs): hauling a player piano up a monumental flight of stairs to Prof. von Schwarzenhoffen's house. Their task is complicated by a sassy nursemaid and, unbeknownst to them, the impatient Prof. von Schwarzenhoffen himself. But the biggest problem is the force of gravity, which repeatedly pulls the piano back down to the bottom of the stairs. Finally, the irate Professor explodes in fury to discover the "mechanical blunderbuss" in his home, not knowing it was a surprise birthday present from his wife. —Paul Penna <tterrace@wco.com> 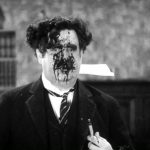 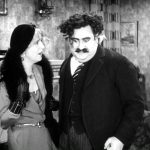 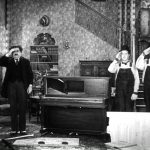 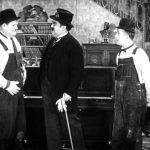 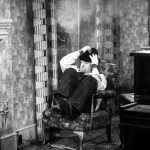 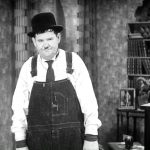 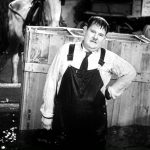 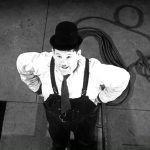 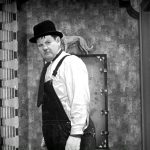 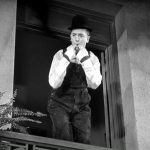 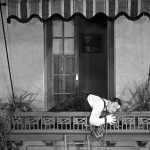 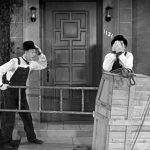 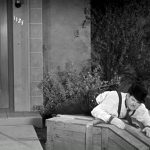