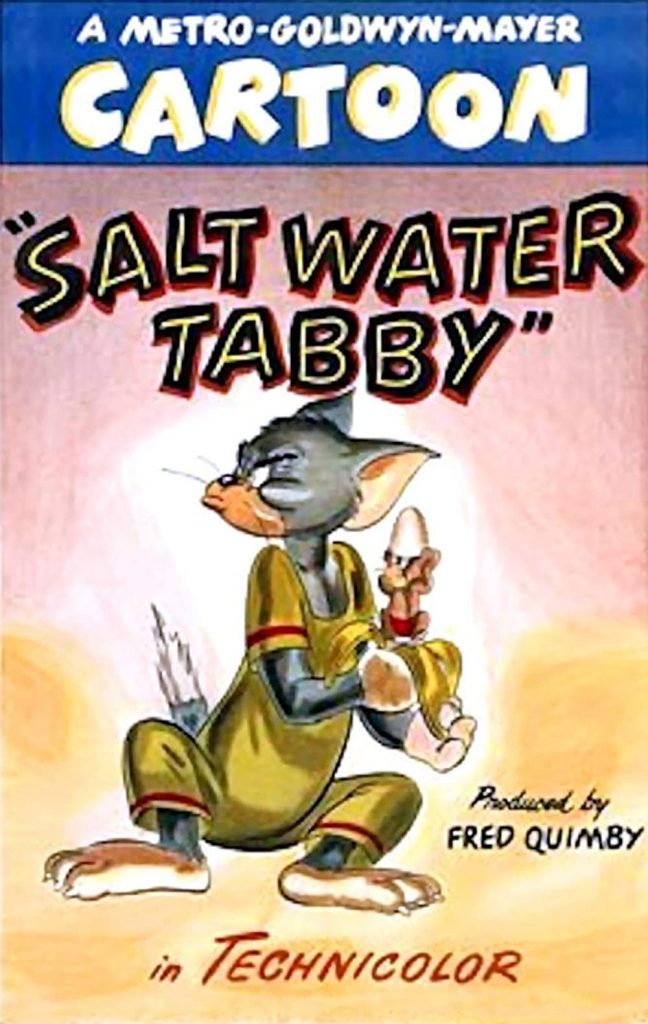 It's a grand day at the beach for Tom and his girlfriend Toots - that is, until Jerry shows up (and, for a while, gets a rather vicious crab involved as well).

Story line - Tom's day at the beach doesn't start out well. First he gets his swimsuit caught in the door of the beach house, and doesn't realize it until his intended dive in the ocean sends him snapping back and crashing through the door. He runs out and tries again. This time he is so determined to jump in the water that when he does so, he doesn't notice the tide is out and that he is swimming in the sand, which is filled with broken bottles, tin cans and other debris. Later, he tries to win over a beautiful girl on the beach, but, being the boor he is, he annoys her by drinking her soda pop, eating her hot dog and munching loudly as he lays his head in her lap. Suddenly, a tomato flies through the air and lands on his head. So does a banana peel. Tom looks for the culprit and finds him in the girl's picnic basket. Jerry is inside, eating what he wants and tossing out the rest. And thus begins another epic battle between the cat and mouse. Beach umbrellas, a bottle of soda pop, a rubber beach toy, and a mean crab will all play a part in their latest misadventure. —J. Spurlin 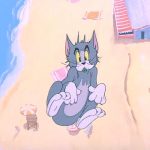 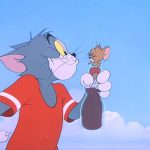 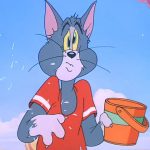 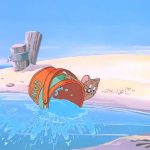 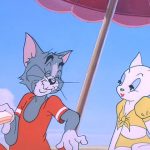 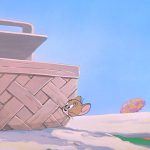 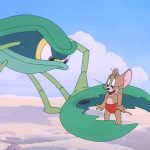 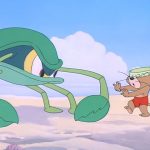 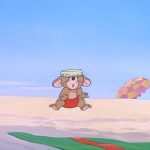 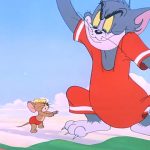 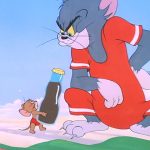