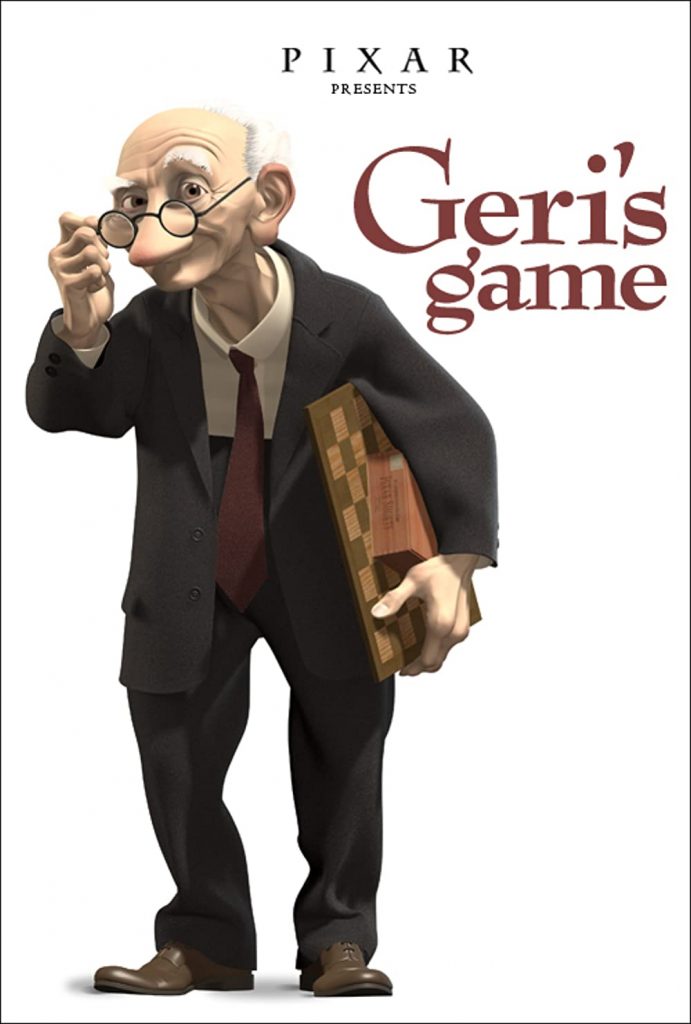 Geri sets up a chess game to play his greatest opponent - himself.

Story line - In a park, an old man is playing a game of chess against himself; he's physically moving from side to side as he plays from white to black. As the game progresses, the two sides of himself become individual and distinct players, "white" being the pensive and thoughtful side, "black" being the aggressive hard hitting side. But as the game looks to be coming to a conclusion, white makes a surprisingly aggressive move which could change what looked to be the obvious outcome of the game. —Huggo 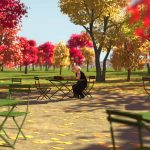 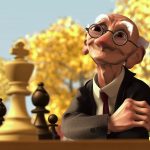 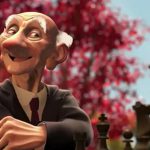 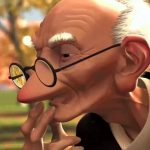 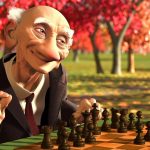 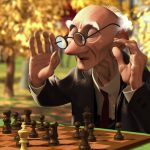 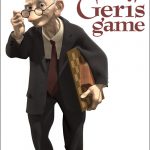 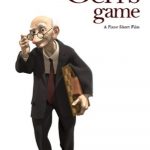 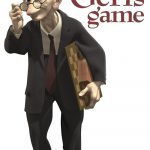