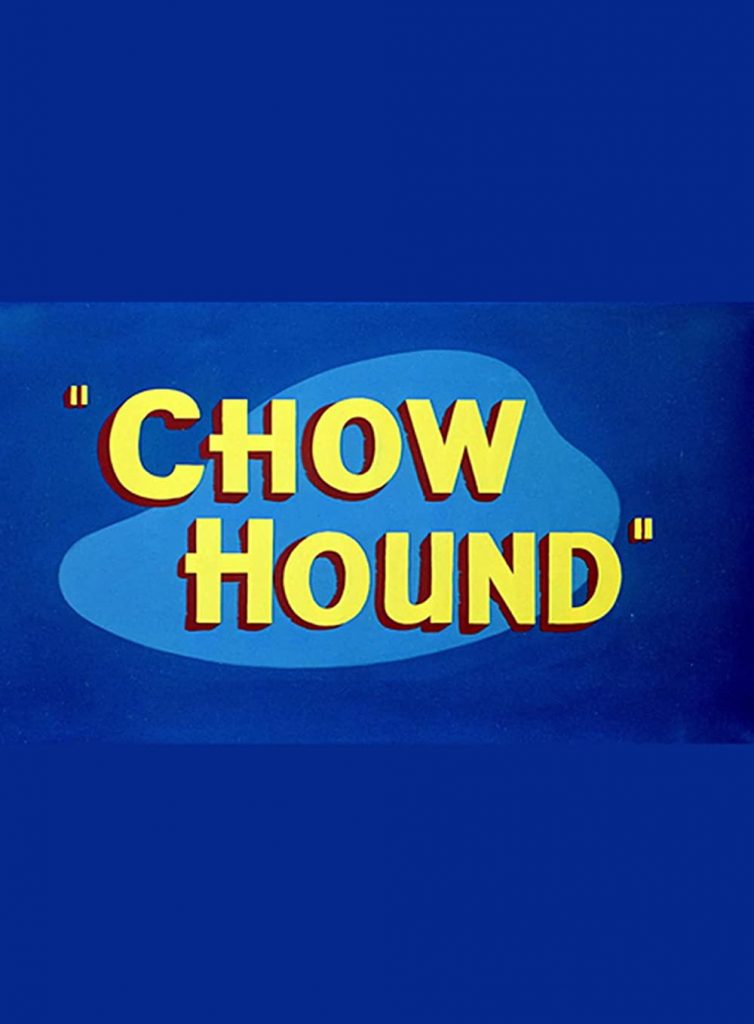 A perpetually-hungry dog has a great scheme going: planting a cat in different houses and bullying it out the food its "owners" give it. But he keeps getting hungrier and hungrier, and the cat keeps forgetting the gravy.

Story line - A mean, greedy, glutton of a bulldog uses two unwilling parties - a frightened cat and a mouse to help him grab dinner from various residences. The scheme: Using the cat to pose as the pet for the residents; the mouse is used in one scheme while the cat poses as a sabertoothed-alley cat at a local zoo in another. The cat is instructed to gather juicy steaks and then surrender them to the bulldog, who badgers each time, "What, no gravy?!" Eventually, the bulldog holds the cat hostage for months, anticipating that the cat's "owners" will post rewards in the newspaper. The bulldog returns the cat to his masters, collects the reward and then reclaims his cat by means of a trick-bed. The dog uses his ill-gotten gains to purchase a meat butcher shop, where "acres and acres" of meat hang from the ceiling. It isn't long before the greedy bulldog must pay for his gluttony his grossly bloated carcass lies strapped to an operating table at a veterinarian's hospital, with the doctors planning to pump the mutt's stomach. Just then, the cat and mouse arrive to get their very just revenge. —Brian Rathjen <briguy_52732@yahoo.com> 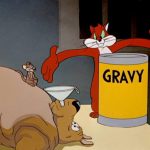 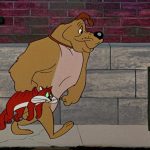 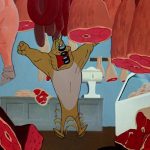 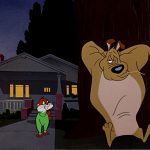 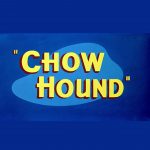