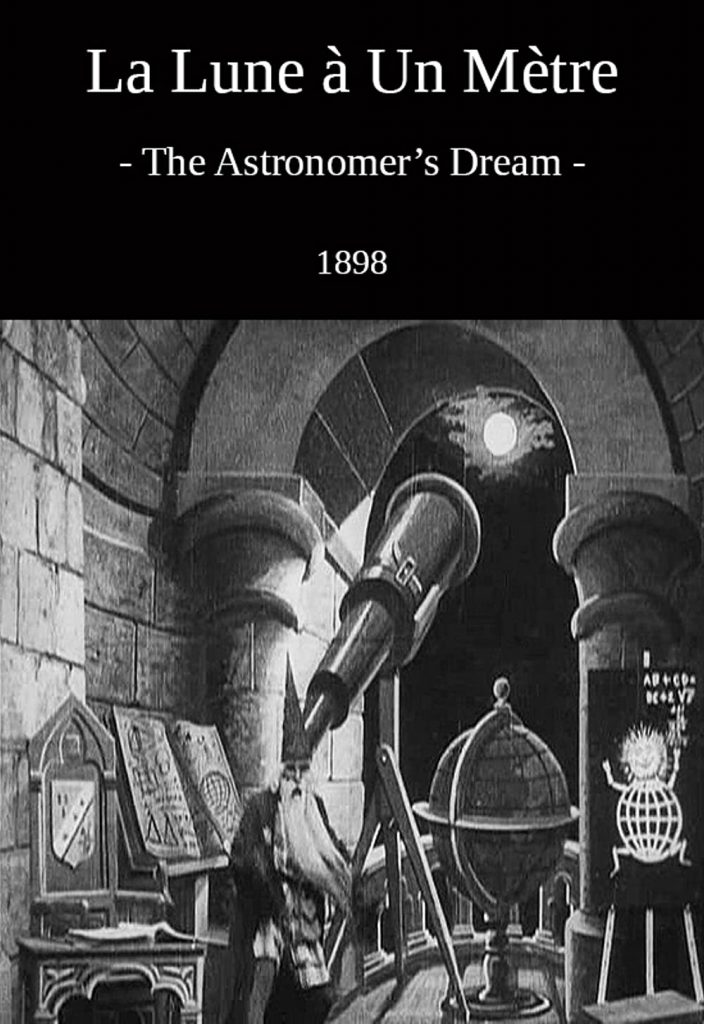 A Trip to the Moon

An astronomer falls asleep and has a strange dream involving a fairy queen and the Moon.

Story line - "In the opening of this film is seen the astronomer intently poring over his books. Suddenly, in a cloud of smoke, Satan appears and surprises the astronomer. At the command of the Fairy Queen, who suddenly appears, Satan vanishes; she awakens the astronomer and as he goes forward to meet her she disappears. The astronomer is very much excited, and, rushing over to the large telescope he tries to discover by what means she had vanished. The moon now appears, and begins her repast by eating the immense telescope used by the astronomer. The astronomer flies around apparently wild at the loss of his wonderful telescope. Suddenly the moon opens wide her mouth and there comes forth a tot of about five summers. She is immediately followed by two others, and they proceed to dance around the astronomer, and vanish one at a time until but one is left. The astronomer, picking her up, thinking he could keep her, hugs her tightly in his arms, but she also vanishes. Tired and heart-broken the astronomer grasps a broom and attempts to strike the moon, when she suddenly vanishes and in the distance laughs at him, rolling his eyes forward and backward, apparently convulsed with laughter. The moon suddenly changes to a crescent, and a fairy appears sitting on it. The veiled figure which stands before him throws back its veil and becomes animated; he rushes forward and grasps it, when, to his utter amazement, it disappears in the air. The Fairy Queen appears in the crescent. She first seats herself, and the astronomer puts his arms out for her, thinking perhaps he can reach her, when she disappears and in her place there stands a marble statue of a man. The astronomer, in his efforts to reach her falls to the ground. Rising and seeing the statue he is so incensed that he grabs a club, and as he is about to crush the statue it suddenly becomes alive. The large moon again appearing to his view he throws himself into it, and the moon, winking one eye, proceeds to chew him up. The moon's large teeth are seen to sink into the astronomer again and again until he is reduced to small pieces, when piece by piece he is ejected from the moon's mouth and lies there, one piled on the other. Suddenly in a cloud of smoke, Satan appears, but the Fairy Queen drives him off again. She proceeds to pick up different parts of the astronomer and hurls them across the room, and piece by piece they take their proper position in the chair, until the astronomer is again seated as he was before. Suddenly he comes to life again. He moves forward to grasp the Fairy Queen, when suddenly she disappears. The scene is again laid in the astronomer's observatory, the astronomer sitting at the table, asleep over his volume, which he has been studying." —Lubin Films (1907)

Also known as - The Astronomer's Dream; or, the Man in the Moon 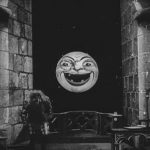 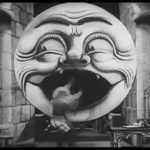 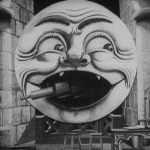 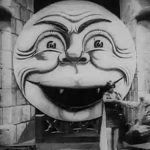 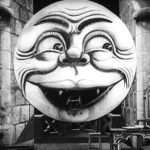 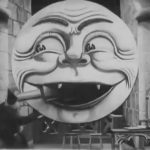 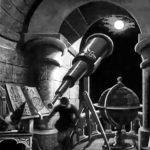 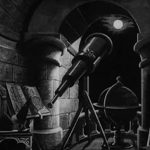 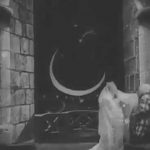 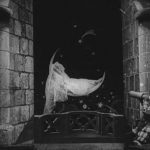 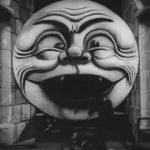 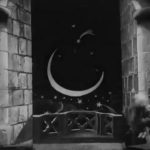 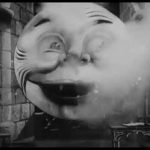