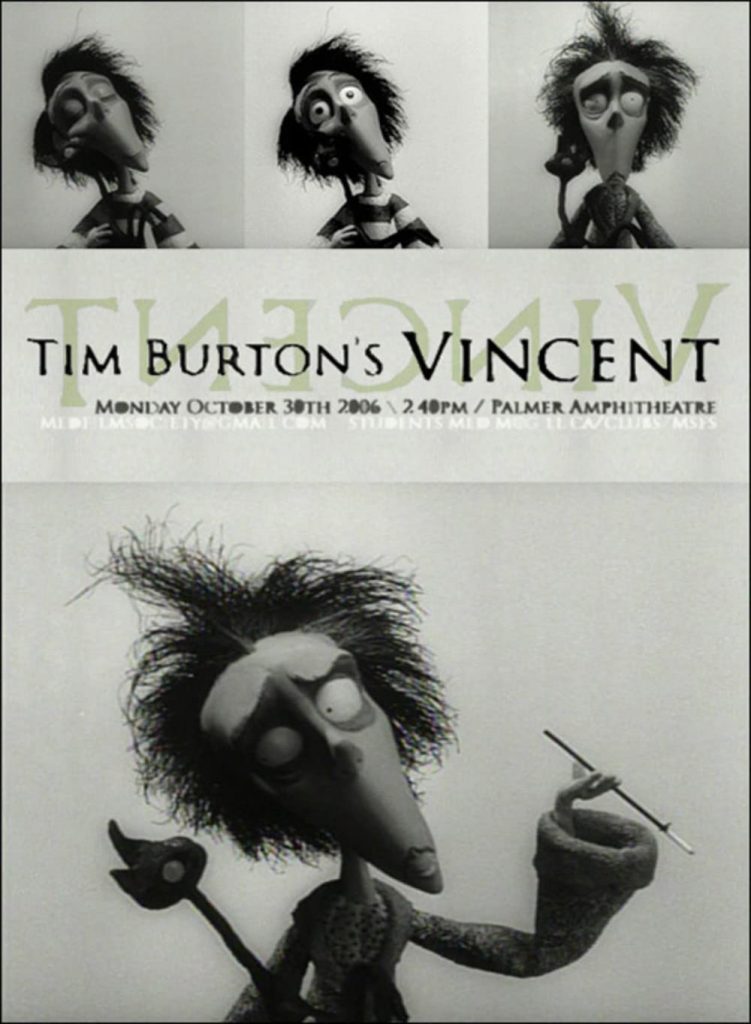 Young Vincent Malloy dreams of being just like Vincent Price and loses himself in macabre daydreams which annoys his mother.

Story line - Vincent Malloy, a polite 7-year-old boy and a fervent Vincent Price aficionado, has only one dream: to become like his idol. With this in mind and with the help of his unrestrained imagination, young Vincent relives his favourite actor's movies and stories, performing strange experiments in the likes of Edgar Allan Poe's tales. However, much to the boy's irritation, somehow, his mother always manages to get in the way. Poor Vincent, no one understands you. —Nick Riganas