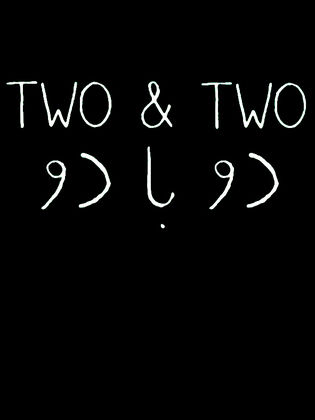 Two & Two is a 2011 political themed short film directed by Babak Anvari, co-produced by Babak Anvari and Kit Fraser and written by Babak Anvari and Gavin Cullen. The short film, which runs for 8 minutes, stars a male teacher, played by Bijan Daneshmand, and twelve students in a grey wall classroom, showing the first lesson, which is an expression of 2 + 2 = 5. It is notably similar to the novel Nineteen Eighty-Four by George Orwell.