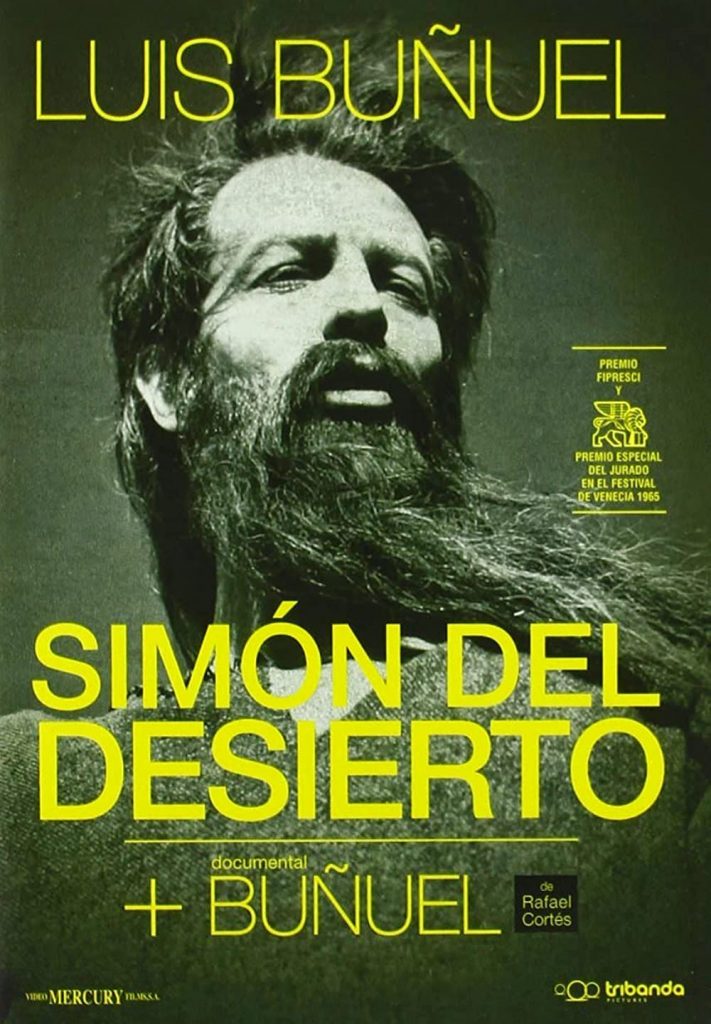 Simon of the Desert

Simon, a deeply religious man living in the 4th century, wants to be nearer to God so he climbs a column. The Devil wants him to come down to Earth and is trying to seduce him.

Story line - The ascetic Simón believes he is a sinner and decides to self-inflict a sacrifice, living like a hermit on the top of a pedestal in the middle of the desert to be closer to God and resist the temptations of the world. His followers are peasants and travelers that believe that Simón is a saint capable of performing miracles and they crowd to hear his speeches. However, Satan tries to tempt him with the pleasures of the world. —Claudio Carvalho, Rio de Janeiro, Brazil