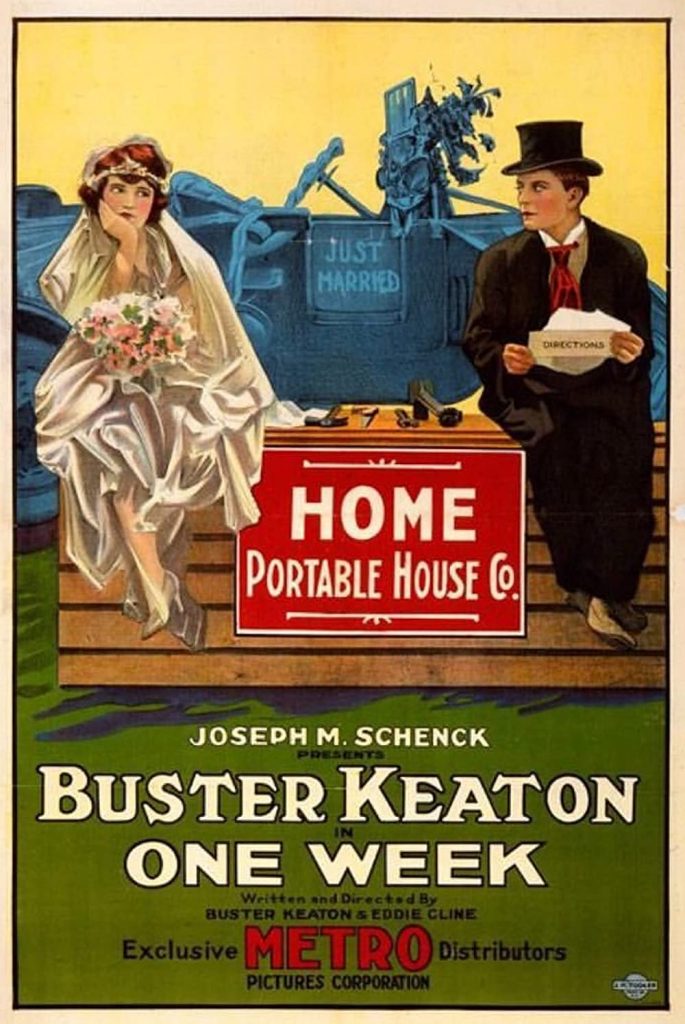 Here is something absolutely new in comedies, starring a funmaker who is destined to reach the topmost rung of public favor.

A newly wedded couple attempts to build a house with a prefabricated kit, unaware that a rival sabotaged the kit's component numbering.

Story line - Buster and Sybil exit a chapel as newlyweds. Among the gifts is a portable house you easily put together in one week. It doesn't help that Buster's rival for Sybil switches the numbers on the crates containing the house parts. —Ed Stephan <stephan@cc.wwu.edu>