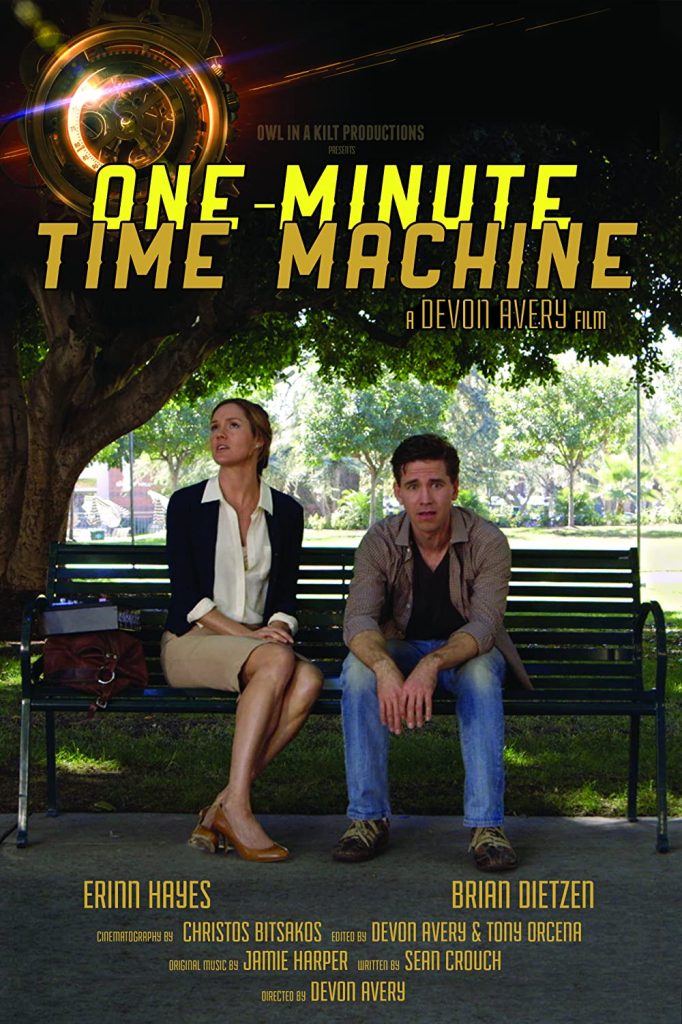 James is all too eager to put his one-minute time machine to use in winning the heart of Regina, until he discovers the unexpected consequences of his actions.

Story line - James is feeling rather proud of his little technological marvel that allows him to travel back in time precisely one minute. It's the perfect tool for trying to seduce the beautiful Regina who is sitting on a park bench, enjoying the sun. If he makes a mistake or receives a rejection, he just hits the little red button and tries again. Unfortunately for James, he learns that his machine hasn't been working the way he thought, and he must now face the dark reality of his actions. —Devon Avery