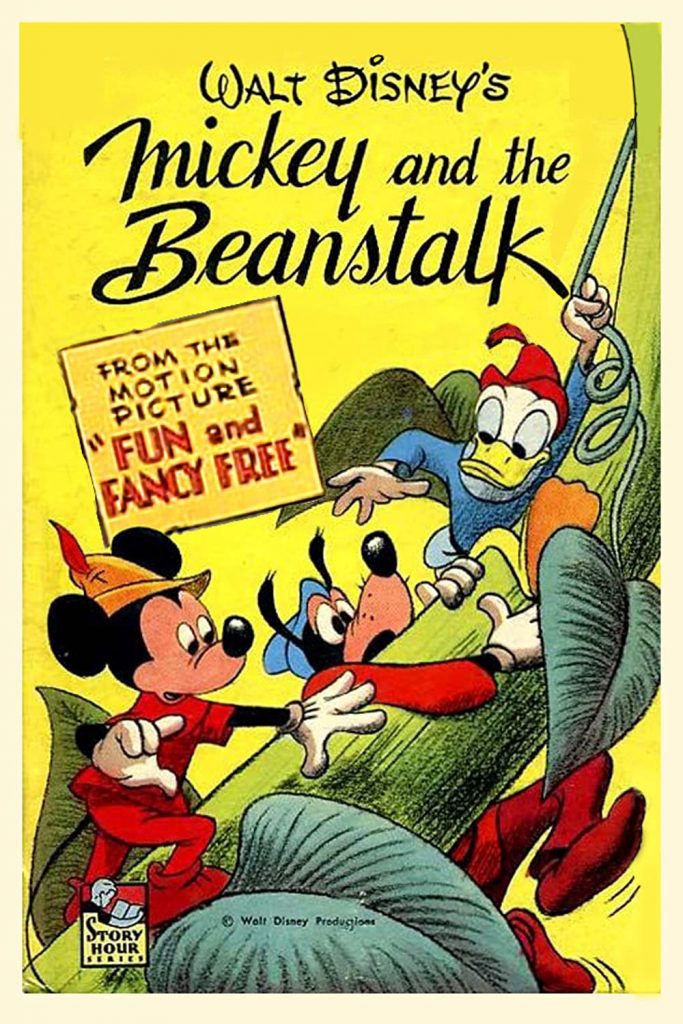 Mickey and the Beanstalk

A mysterious thief has stolen the prosperous Happy Valley's most prized possession: the musical Singing Harp. Can Mickey, Donald, and Goofy find the answer in the irritable Willie the Giant's magnificent castle up in the blue sky?

Story line - Mickey, Donald, and Goofy live in a land where everything is dried up and dead. The only food they have is one loaf of bread, even Donald's plans of killing their cow fail. So Mickey decides to trade in the cow and gets some magic beans. Donald angrily throws the beans into a hole in the floor and during the night, a giant beanstalk sprouts, carrying the house upward. The next morning, Mickey, Donald, and Goofy find themselves in a land with a huge castle. They enter the castle and find enormous foods. What they don't know is that Willie the Giant owns the castle and he does not like what he finds. So he captures Donald and Goofy and locks them in a box with the golden harp he had stolen earlier, which makes Happy Valley, the three friends' home land, dry up. Mickey steals the keys, rescues his friends and the singing harp, and they all escape before Willie catches them. —Dylan Self <robocoptng986127@aol.com>

Also known as - The Legend of Happy Valley