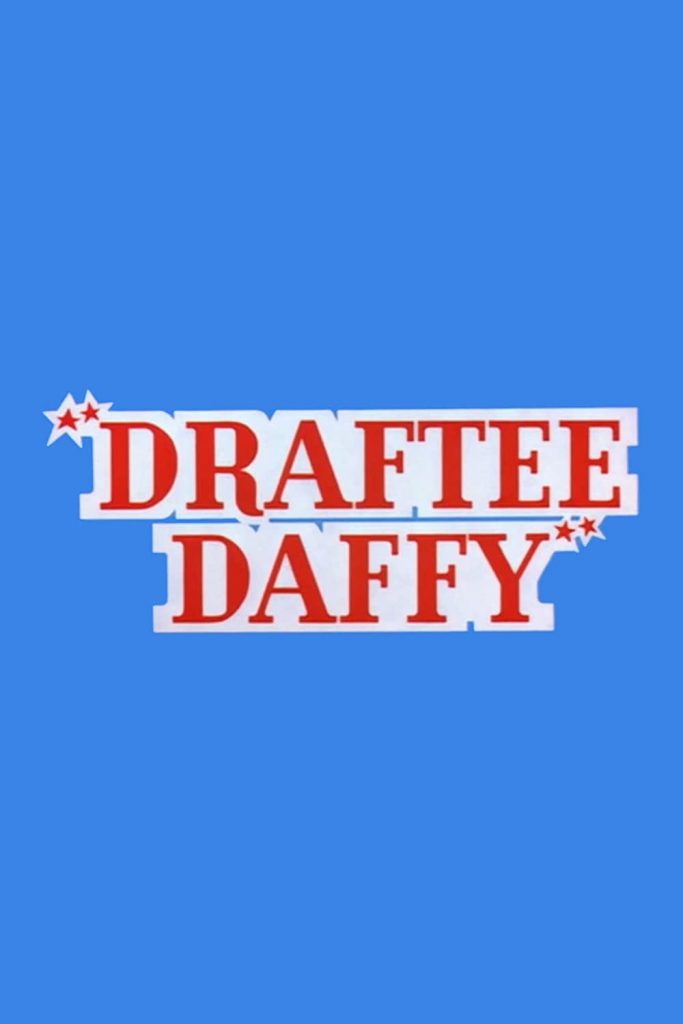 Daffy Duck is desperate to elude the draft board respresentative bearing his conscription order.

Story line - Daffy's flag-waving patriotic fervor is stopped cold when he gets an unexpected visit from the little man from the Draft Board. The duck's frenzied attempts to escape from or eliminate his egg-headed nemesis culminate in a rocket ride which, instead of taking him to the heavens, sends him to the other place. —Paul Penna <tterrace@wco.com>